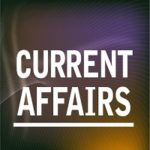 1.Param Jit Mann has been appointed as the ambassador of India to the republic of Slovenia.

6.International Day of Innocent children victims of agression was observed on 04th June.

13.India has ranked 45th in the World Competitiveness rankings 2017 , topped by Hong Kong.