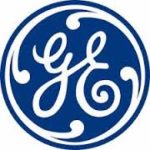 Salary: Job Seekers salary should be as per the GE norms

Job Description:
– Job seekers can have good communication skills
– Flexible to work in Shifts.
– Candidates should have good knowledge in calculations
– Candidates who have attended GE interview or recruitment before 6 months need not apply

About Company :
General Electric, often abbreviated as GE, is an American multinational conglomerate corporation incorporated in New York, and headquartered in Boston, Massachusetts. As of 2016, the company operates through the following segments: Power & Water, Oil and Gas, Aviation, Healthcare, Transportation and Capital which cater to the needs of Financial services, Medical devices, Life Sciences, Pharmaceutical, Automotive, Software Development and Engineering industries. In 2011, GE ranked among the Fortune 500 as the 68th-largest firm in the U.S. by gross revenue, and the 14th most profitable. As of 2012, the company was listed the fourth-largest in the world among the Forbes Global 2000, further metrics being taken into account. The Nobel Prize has twice been awarded to employees of General Electric: Irving Langmuir in 1932 and Ivar Giaever in 1973.